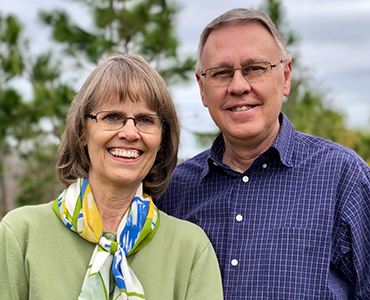 “For the word of the Lord holds true, and we can trust everything He does. He loves whatever is just and good.”

Having raised their one married daughter (now with three grandchildren), Rich and Delrene had often thought about adoption to grow their family. As they explored the options, God began leading them in an unexpected direction, opening their home to fostering teenagers.

After seeing first-hand the great need of children waiting for adoption in the U.S., they began volunteering with AdoptUSKids, a national organization whose mission is to raise public awareness of adoption from the foster care system. Rich produced an informational/recruiting DVD, The Road to Adoption and Foster Care, which AdoptUSKids distributes nationally to prospective adoptive and foster parents.

They have served with the His Kids ministry since it’s formation in 2003. Their heart is advocating for children in foster care, especially older youth who are nearing aging out of the system. They believe no child is too old to be adopted.